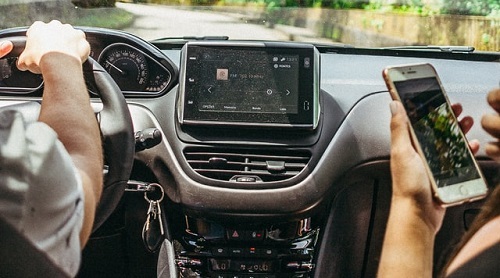 Each time our wireless networks add a new "G"  for generation of technology  we expect good things to get better.

Faster download speeds are the easiest to see. But other areas are quietly improving, including security.

The state of security on 4G LTE is quite good. Here are three areas where 5G should continue to stay ahead of threats as it is fully installed:

You may have read stories about stingrays and other "IMSI catcher" devices that capture phone calls. They are designed to mimic cell towers and trick nearby wireless devices into connecting to them.

This can help someone locate you or intercept your conversation. But only if they can identify you. With 5G, for the first time, your connection will rely completely on an encrypted identity. Your permanent ID won't be exposed.

Stronger encryption over the air

When your voice and data travels from your device to a cell tower, it stays confidential because it's scrambled by an algorithm. With 5G, the protection will be getting even stronger.

A more robust form of 128-bit encryption will fully replace a weaker form. (They are both used now.) And within a few years, 256-bit encryption should be the norm.

This will help keep one step ahead of bad guys with big computers. It's just not practical for them to reassemble your call or message.

5G will increasingly rely on flexible software from an open community of experts, not on specialized hardware from a single company. Your call or data will be routed through "virtualized" network nodes  switches and hubs that can be moved instantly from one physical computer to another if there's a problem.

For security, this will reduce the chance that any single equipment supplier or country can have undue influence. It will mean vulnerability patches can be made more quickly and precisely, and problems can be isolated more easily until they're fixed.

5G has other security benefits, too. It takes advantage of the Mobile Edge. That's a new and growing capability in the network that is closer to you and reduces delay on mobile applications. As a bonus, it brings threat detection closer to a key source of attacks  devices on the network.

A future 5G benefit may come from a feature called Network Slicing. It recognizes that watching a movie is different than performing remote surgery, and they can be delivered at different service levels. The right security controls could be tailored for each.

Here is the bottom line on security: Faster downloads are great  but there's more to a new G than speed.

This blog was originally published by AT&T.

Photo by Talles Alves on Unsplash