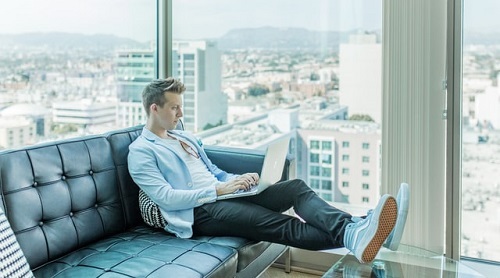 I recently sat down for a conversation with Michael Zeto, CCO for Boingo Wireless, to discuss enterprise strategies for private networks.

Zeto previously worked at AT&T as vice president for IoT solutions, was the Founder and General Manager for AT&T's Smart City Solutions, and the co-founder and CEO of Proximus Mobility.

During the podcast, we discussed:

Zeto and I discussed why companies are installing private networks, and his observation was that they're not buying networks or connectivity – they're buying outcomes. They will invest in a network technology or solution to enable a use case that helps them drive an outcome. Some of these outcomes or use cases can be leveraged across verticals like transportation hubs and manufacturing.

One use case is around video – in manufacturing, common uses will be for AR/VR monitoring, and equipment maintenance. In transportation hubs such as airports or train stations, video will be used for line queueing, tracking people's movement, and helping to determine when to open lines to get the maximum flow and create the best passenger experience.

Airlines are the tenants in a transportation hub such as an airport, and the airport is the landlord. The tenant, in this case, tells the landlord that they want to implement biometric, self-boarding gates. To get that they need reliable connectivity. And they want it to be a private network, so they're not dependent on the same public network that all the passengers are using. They're not talking about just connectivity; they're talking about an outcome that will drive a KPI to increase shareholder value.

While some verticals, such as manufacturing and mining, have deployed private networks faster than other industries, some seem to have a gap in their understanding or hesitation to invest.

However, the market understands the need for increased connectivity. More cars are now connected with diagnostics often available online. FitBits deliver personal health data to consumers' PCs, and heading into an office building, people often have to have their temperature taken. All of this information can be cross-referenced.

"They know the world is hyper-connected," said Zeto. But consumers and enterprises aren't always sure they know which technology they need for specific use cases. For example, Zeto referenced a building owner who said they have Wi-Fi, fiber and DAS but didn't know which use case to associate with a specific network.

There will likely be two main economic models that will emerge for private networks: CapEx and Network-as-a-Service (NaaS). Some companies don't have the capital to deploy a private network, they're allocating resources elsewhere, don't have expertise on-site or just want a monthly fee.

Zeto said that manufacturing and healthcare are two of the verticals that will likely be the most open to the idea of NaaS. Another will be commercial real estate – landlords will manage the leases and bring in new tenants, but will likely want to defer management of a network.

Preparing for a private network

As enterprises consider deploying a private network, they should first inventory their current network resources, identify any gaps or where the KPIs are lacking, and find out whether they're meeting existing SLAs. Additionally, enterprises should work with stakeholders across the company and versus operating in silos.

After these initial steps are taken, enterprises can start to move forward in developing a converged connectivity solution that supports their key use cases.

To learn more, listen to this podcast hosted by Ashish Jain, CEO and co-founder of KAIROS Pulse and PrivateLTEand5G.com. The podcast guest is Michael Zeto, Chief Commercial Officer for Boingo Wireless.

Photo by Austin Distel on Unsplash