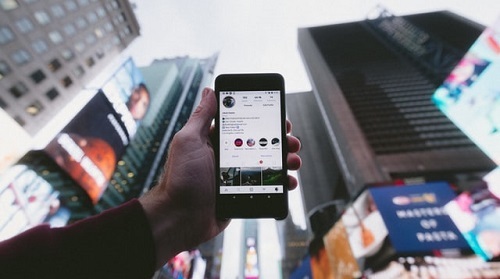 The Internet of Things (IoT), formerly referred to as telemetry or machine-to-machine communications, finally appears ready to take off. After a decade of hype, with analysts years ago predicting there would be fifty billion IoT devices online by 2020, there are now maybe half that many.

I recently sat down with Landon Garner, the Senior Vice President and Chief Marketing Officer for KORE Wireless, to discuss the state of the IoT market and the role that 5G and private networks will play in the uptake of IoT. Here are a few key observations from our conversation.

Prior to 5G and the move toward the commoditization of sensors, the economics didn't always make sense for enterprises to incorporate IoT devices and find spectrum to carry the data. Previous generations of wireless networks (2G, 3G, LTE) were not designed for carrying signals from the number of devices envisioned for IoT. However, 5G was designed from the ground up with massive machine-to-machine communications as a pillar of the technology. Narrowband IoT (NBIoT) is a 3GPP standard. It is expected to support up to 150,000 connections per cell, enable deep penetration indoors and underground and provide device battery life for over ten years. Much of the value of 5G is found in this capability to handle massive numbers of devices smoothly and cost-effectively. This ability, coupled with longer battery life and lower device cost, has finally enabled IoT to emerge as a significant industry factor.

With billions of connected devices, the security of 5G networks has long been a subject of concern. Landon said that the issue is being taken very seriously. One problem is that most of these devices will be remotely located, not only in factories and hospitals but also in fields and along freeways. This placement makes them susceptible to physical tampering. Several organizations, such as GSMA and IEEE, are helping to create data communication standards, authentication protocols and security policies to ensure the safety of these networks. IoT Safe (IoT SIM Applet For Secure End-2-End Communication), developed by the mobile industry, "  provides a common mechanism to secure IoT data communications using a highly trusted SIM, rather than using proprietary and potentially less trusted hardware secure elements implemented elsewhere within the device."

Vendors are also building on top of these security protocols to enhance device and network safety. For example, Kore Wireless' real-time network diagnostics tool monitors the network for anomalous data and restricts traffic to specific IP addresses as needed.

The growth of private wireless networks is expected to accelerate IoT usage. One of the significant benefits of a private network is the capability to finetune the network features needed. Many of the early vertical leaders in the use of private networks are manufacturing, logistics and energy production  all of which have a strong need for the benefits of IoT.

Other verticals, such as agriculture, have been slower to adopt private networks and IoT but are expected to invest in large numbers in the coming years. Applications such as moisture sensors and fertilizer testers will save farmers substantially on resources (e.g., water) and money, quickly proving a significant return on investment.

There are a lot of pieces to the IoT puzzle

Landon and I discussed just what companies looking to add IoT technology to their operations should look for. Organizations should find a vendor that doesn't add just a piece of the puzzle (e.g., antennas) but the vast array of necessities required for a successful IoT implementation, such as regulatory approval, logistics, hardware procurement and connectivity, said Landon. We are in the Decade of IoT, said Landon, and it's hard to argue with that given the projected growth of IoT and the business impact IoT is already having on the early adopters.

To learn more about IoT and 5G, listen to the podcast with Landon Garner, SVP and CMO for KORE Wireless.

Photo by Jakob Owens on Unsplash