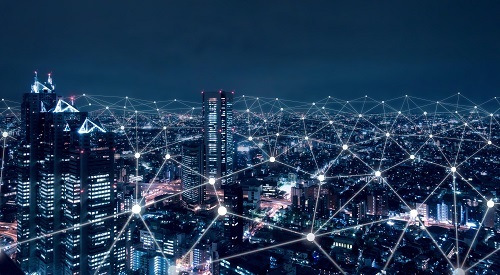 Read the media coverage around 5G, and you might think you've picked up a science fiction novel. Augmented reality, driverless vehicles, remote surgery  it all sounds like Star Trek. It's easy to get excited about the growing list of 5G use cases. And we should be excited. But there's still a big gap between the world envisioned by these next-generation applications and where 5G networks are today.

5G is a radically different network technology than anything that's come before, and it introduces all sorts of new wrinkles we're still ironing out. Among the biggest: testing and validation. How do you test networks that are exponentially more complicated than the ones your methodologies were designed for? When a bad outcome could be caused by any of hundreds of virtual components and microservices, most of which have never run at scale before? When key pieces of your network  even parts of the 5G specification itself  don't actually exist yet?

We will, ultimately, get to the 5G future we're all anticipating. But these are the questions we need to answer before we do.

As much hype as 5G gets, much of the coverage still glosses over how different it is from previous cellular standards. From network slicing to cloud-native infrastructure to continuous integration/continuous delivery (CI/CD) pipelines, core aspects of 5G represent entirely new ground for the service providers delivering it. Operators must contend with:

Given these challenges, it shouldn't be surprising when things don't work perfectly on the first try. And that's exactly what we're seeing in the field in early 5G rollouts. More than once, we've field-tested devices across live networks and measured perfectly acceptable statistics  until we forced the device to communicate only with the 5G network, and saw those KPIs fall off the map. Other times, we've seen 5G-to-4G handoffs for mission-critical services suffer half-minute delays.

In almost all cases, these problems aren't caused by fatal flaws in the technology. Some component was out of compliance with the 3GPP specification, or one bad configuration somewhere caused unexpected issues. It's all fixable  and it's all information we need to know. But the point is, these aren't problems on the level of trying to squeeze 5% better performance from a telesurgery network slice. These are fundamental issues with how 5G networks operate. Before we start blazing a trail to the future, we need to address these issues correctly.

Getting 5G ready for primetime

We need to be realistic about setting expectations for 5G networks, and we need to be methodical about how we approach testing  from lab to live and back again. Here are three basic guidelines to do it:

We will, eventually, get to the Star Trek future that we're all anticipating  and it promises to be as exciting as advertised. But just because we can picture it, that doesn't mean we're there yet. Let's make sure we're taking the basic steps we need to take to make our 5G dreams reality.