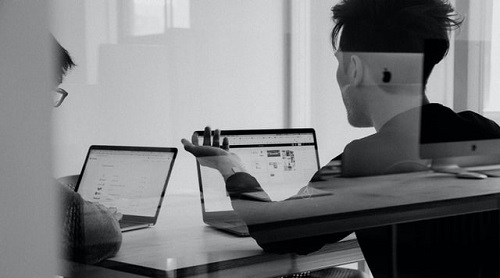 The O-RAN Alliance on Friday issued another set of technical specifications designed to push open RAN technology further into the mainstream.

The association also said that 77 different companies around the world have been participating in its third big plugfest, which is designed to ensure that open RAN products from one company can connect to open RAN products from another company. Further, a number of the companies that are participating in that plugfest  from Parallel Wireless to VMware to STL to Dell Technologies  plan to show off their efforts at the MWC trade show in Los Angeles next week.

Broadly, the announcement by the O-RAN Alliance  the main standards group behind the open RAN trend  helps to signal further traction and momentum in open RAN, a technology designed to open up the interfaces between various wireless networking elements. The technology's goal is to allow wireless network operators to mix and match products from a variety of vendors. Such a design would represent a significant shift away from current wireless networking approaches by the market's incumbent vendors, which typically sell fully integrated equipment stacks that cannot work with gear from rivals.

A US government challenge to open networks

Interestingly, on the same day that the global O-RAN Alliance announced its new specifications, a US government agency said it plans to move forward with an effort to speed up the development of open RAN technology among both commercial and federal users, including the US military. The program comes from the National Telecommunications and Information Administration (NTIA), an Executive Branch agency that is "responsible for advising the President on telecommunications and information policy issues." Officials in the Biden administration, and in the prior Trump administration, have voiced support for open RAN as a way to foster American-supplied 5G equipment as a counterweight to Chinese suppliers like Huawei and ZTE.

Specifically, the NTIA released the comments it received as part of an inquiry into a possible "5G Challenge" that would use prizes to "accelerate the development of the open 5G ecosystem and support DoD [Department of Defense] missions."

A wide range of companies  including AT&T, T-Mobile, Rakuten, Ericsson, Google and Dell Technologies  submitted comments on the topic.

Some, like AT&T and Ericsson, voiced support for a DoD-led testing effort that would check to see if various open RAN components could interoperate. "We suggest DoD, as part of the challenge, establish a 5G test environment based upon an O-RAN reference architecture. DoD could establish a true plug and play environment open to any vendor that is compatible and with published, open interfaces to ensure interoperability between equipment," AT&T argued. "This test environment could extend to include both the physical interfaces between various components in the RAN to software. This will help DoD determine how to incorporate O-RAN into its 5G plans."

Others, however, argued that the DoD should avoid wading too far into the topic. "Instead of seeking to accelerate the development of the open stack to meet unique DoD needs, DoD should focus its efforts on how it can leverage the wireless industry's existing work in developing open interfaces, use commercial wireless networks for its own mission-critical communications, and effectuate federal government programs specifically dedicated to achieve the DoD's open network goals," T-Mobile wrote.

A summary by NTIA of the main themes in the comments sought to point out such issues.

This article was originally posted on Light Reading.

Photo by Charles Deluvio on Unsplash