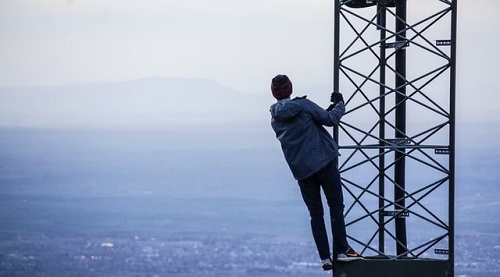 Spectrum is the lifeblood needed to realize the economic and social benefits of new technologies and myriad resulting wireless services such as 5G. However, virtually all the low- and mid-band spectrum has been allocated for both commercial and government use. Efforts to repurpose or share these bands for next-generation services inherently involve incumbent users and discussions on the impacts to existing services. Many of these incumbents are federal spectrum users.

Fortunately, the federal government has recently taken three significant steps to clear a crowded spectrum for the next generation of 5G services. These include the now completed CBRS auction for Priority Access Licenses (PAL), the upcoming auctions for C-band, and vacating the 100 megahertz (MHz) of contiguous mid-band spectrum in the 3450-3550 MHz band. Let's take a closer look at these below.

In early 2020, the Federal Communications Commission (FCC) issued a public notice establishing the competitive bidding procedures for PAL in the 3.5 GHz band. This is spectrum that has traditionally been used by the military, commercial satellite operators, wireless Internet service providers (WISPs) and utilities.

According to FCC Chairman Pai, the auction represented an impressive testament to the speed of technological development in the wireless sector. Indeed, 5G was barely on the radar when the Commission began reconsidering how the band could be used as a primary means of deploying 5G services. 5G was also on the minds of Wall Street analysts at Raymond James, who highlighted the ramping up of 5G deployments across the country as the auction drew to a successful close. Mid-band spectrum (bands between 1 and 6GHz) like CBRS, the analysts emphasized, is "critical" to providing new services and satisfying increased demand.

Now that the auction has ended, we can see where licensees have created larger market areas by analyzing contiguous counties and spectrum blocks. This helps determine the extent to which licensees are interested in CMA-like service.

New licensees who want to put their spectrum to use can now start deploying CBSDs and claiming their protected coverage in their respective counties. These protected coverage areas, known as PAL Protection Areas (PPAs), will be protected by the Spectrum Access System (SAS) from interference from other PPAs and from GAA operation.

Licensees will also be able to offer their PAL spectrum for lease in their market areas if they wish to take advantage of the CBRS secondary market. The SAS will help to manage both partitioning (leasing portions of their market areas) and disaggregation (leasing portions of their spectrum blocks). We are all looking forward to the start of this new phase of CBRS as licensees put their new spectrum to use.

In February 2020, the FCC adopted new rules to auction 280 megahertz of mid-band spectrum for flexible use, including 5G. Specifically, within the 3.7-4.2 GHz band, the FCC is allocating the 3.7-4.0 GHz portion of the band for mobile use, with 280 megahertz (3.7-3.98 GHz band) slated for auction (for wireless services) in the contiguous United States. Another 20 megahertz (3.98-4.0 GHz) will be set aside as a guard band, with existing satellite operations repacked into the upper 200 megahertz of the band (4.0-4.2 GHz). As the Commission points out, making this critical spectrum available for use secures US leadership in 5G and represents yet another important step in closing the digital divide.

According to Omdia analyst Daryl Schoolar, each US operator that builds a nationwide network with C-band spectrum will need to spend between $3 billion and $3.6 billion for the wireless equipment necessary to broadcast 5G signals in the band. These calculations assume three-sector cell sites that use either 64T64R or 32T32R active MIMO antenna units, as well as a baseband module. Cables, power, shelter, tower and construction expenses are not included in the above-mentioned estimate.

From our perspective, opening the C-band for 5G is a major opportunity that will free up spectrum for a number of years. This will become a macro overlay for 5G, similar to the 3.5 GHz band in Europe. In addition to the CBRS band, this will be the only mid-band 5G spectrum until the 3450-3550 MHz band is available. And, at 280 MHz, this is the largest chunk of mid-band spectrum being made available.

In August 2020, the White House and the U.S. Department of Defense (DoD) announced they would be making 100 MHz of contiguous mid-band spectrum in the 3450-3550 MHz band available for 5G by the end of the summer. With this additional 100 MHz, the U.S. now has a contiguous 530 megahertz of mid-band spectrum from 3450-3980 MHz to enable higher capacity 5G networks. The FCC will auction the spectrum after service rules are adopted.

In September 2020, Chairman Pai shared a draft proposal that, if implemented, would take decisive steps toward making the 3450-3550 MHz band available for commercial 5G use throughout the contiguous United States. According to Pai, the move, which is part of the 5G FAST Plan, marks another major step forward in advancing American leadership in 5G and producing benefits for America's wireless consumers. With the above-mentioned 3.45 GHz band proposal, the upcoming C-band auction of 280 MHz of spectrum, and the recently completed auction for Priority Access Licenses in the 3.5 GHz band, the Commission is on track to make a wide swath of 530 megahertz of continuous mid-band spectrum available for 5G.

The now completed CBRS PAL auction, as well as the upcoming auctions for C-band and the 100 megahertz (MHz) of contiguous mid-band spectrum in the 3450-3550 MHz band, illustrate the critical importance of industry collaboration with the federal government to accelerate the rollout of 5G.

Indeed, all stakeholders must continue to work together to create flexible models for spectrum management, including standards, incentives, and enforcement mechanisms that promote efficient and effective spectrum use. In addition, they must include flexible-use spectrum allocations or licenses, while accounting for critical safety and security concerns.

The NTIA and DoD have highlighted the critical role of industry in areas of national interest such as 5G services for federal users and spectrum management systems modernization. CommScope continues to engage in these activities, along with other critical public/private collaborations such as federal support for next generation Open RAN architectures which will help ramp 5G deployments.

This is perhaps one of the most transitional times in the history of spectrum management. Collectively, we must seek ways to decrease the time from pipeline identification to commercial use. To do so, ongoing research, development, testing, and evaluation needs to be expedited. This will help accelerate the development of advanced technologies, innovative spectrum-utilization methods, and spectrum-sharing tools and techniques that increase spectrum access, efficiency and effectiveness.

Photo by Jack Sloop on Unsplash.