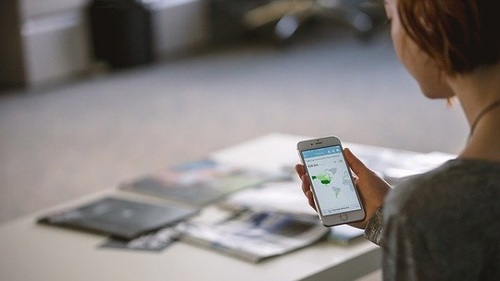 When are the operators going to make 5G a nationwide service? There are already towers providing the necessary coverage, so why is it not as simple as putting the new technology on the existing towers?

While many reasons come to mind, let's start by examining the fundamental wireless concept of spectrum. For today's 4G nationwide deployment, current 4G networks are using low-frequency spectrum, as it provides the best coverage with fewer cell sites, making this spectrum a great option for providing service in rural areas. The 700 MHz band is the primary choice for this coverage, with some networks now using 600 MHz, as well. These "low-frequency" bands carry signals further, penetrate buildings better and are less affected by interference from trees.

Network operators are currently deploying 5G in urban areas using high-frequency spectrum, also known as millimeter wave spectrum. This approach to 5G deployment is not disruptive to their existing 4G networks. However, this higher frequency bandwidth is not capable of the same penetration and coverage abilities as the lower frequency, which means that a network operator would need significantly more cell sites to provide nationwide 5G connectivity using millimeter wave spectrum. It's much more likely that 5G deployments for rural areas will occur in the lower-frequency spectrum. So, it becomes the operator's choice as to when they will start providing 5G coverage areas outside of metropolitan areas. The consensus is that it will take a while before the network operators start transitioning their spectrum in rural areas from 4G to 5G.

Can operators not merely replace the 4G equipment with 5G on the same low-frequency spectrum? In short, a replacement strategy is not a preferred approach by network operators, as it poses significant operational challenges. The two technologies cannot operate at the same time on the same spectrum band.

In prior wireless technologies, operators endured operational challenges by transitioning from the old technology to the new technology using a technique called "refarming." Refarming their spectrum meant an operator was turning off one technology and then repurposing that spectrum with the new technology, which was not an easy process.

Operators had to split their bands and dedicate separate portions to the different radio technologies, and as traffic on the new technology increased, operators would change their spectrum allocation to support fewer and more users on the legacy and new technologies, respectively. While refarming achieves the desired results, it requires significant effort and can leave portions of the expensive spectrum unused  historically, spectrum was not used to its full extent until the number of customers using the new technology grew. The great effort and wasted spectral resources pointed to the need for a better way.

The good news is "the better way" is coming. Vendors and network operators are jointly developing new capabilities that will allow different technologies to operate at the same time by sharing the same spectrum.

With 5G, there is a new capability that allows 4G and 5G equipment to use the same spectrum via dynamic spectrum sharing (DSS). The software-based tool provides the network with the ability to automatically allocate traffic loads using either 4G or 5G on the spectrum band. By thinking of the 4G and 5G protocols as spoken languages and the radio network being bi-lingual in those two languages, the devices will "tell" the network which language it speaks, and the system chooses when to "speak" with 4G or 5G.

By deploying DSS, operators can allow the network to intelligently use the appropriate technology based on the volume of traffic for the different user devices. DSS has the potential to provide operators a much smoother migration to 5G with significantly less effort needed to complete the transition and can also provide an intuitive and more accessible path to reach nationwide 5G coverage.

While DSS is a hot topic in the operator community and is currently supported by all major vendors (Ericsson, Nokia, Huawei and Samsung), it has yet to find a concrete spot in many operators' 5G roadmap. Its success and adoption will depend on many factors such as operators' current spectrum assets, investment plans to make 4G sites 5G ready, availability of handsets to support DSS, target market and use cases for 5G services, indoor 5G strategy, longevity of 4G services and several other factors.

The technology certainly has merits in providing an effective means of creating the nationwide 5G coverage customers expect, so be on the lookout for more insights from KAIROS on dynamic spectrum sharing.

Please share your thoughts and opinions. You can reach out to me directly at [email protected].

Image by Free-Photos from Pixabay