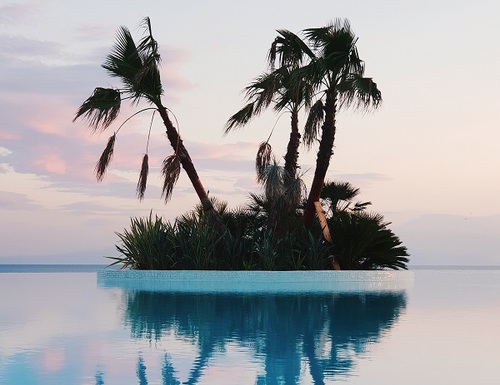 2019 has been hailed as the year of widespread rollout and adoption of 5G. Although important steps have been made, such as the launch of the first 5G networks and handsets, why does mainstream deployment still seem like a shimmering oasis forever out of reach?

Don't run before you can walk
A key enabler of the lower latency and increased speed promised by 5G is the additional bandwidth provided by the higher-frequency millimeter wave (mmWave) spectrum, which is gradually being made available for 5G deployment by operators across the world. In the UK, for example, EE is leading the race by becoming the first operator to "switch on" its 5G network. In South Korea, KT Corp has launched a national commercial 5G network, and over in the US AT&T has rolled out a mobile 5G service across 12 cities.

While mmWave frequencies will be key to 5G deployments, they provide a shorter range of coverage than the previous generation. Ensuring seamless connectivity and widespread coverage therefore requires a much large number of antennas than 4G. The large-scale deployment of basestations is key to the widespread adoption of 5G, yet such dense deployments of small cells will introduce additional challenges related to governmental and municipal regulation, such as obtaining permits to deploy antennas on public properties. The complexities of such deployments will therefore likely lead to incremental coverage improvements as opposed to rapid full-scale deployment.

The other pillar of mainstream 5G deployment is the availability of handsets; handsets are a key way in which consumers will interact with 5G. Newer 5G handsets are capable of much higher data rates and lower end-to-end latency, and having consumers observe the difference in speed and capability, especially when compared to current 4G LTE, may increase demand. Although several manufacturers have hinted at launching new handsets in the latter half of 2019, the current limitations to 5G coverage and restricted number of available handset models are unlikely to act as the catalyst 5G needs to catapult the technology into the mainstream this year.

The 5G killer app
Previous generations of wireless networks can point to novel use cases which encouraged rapid and wide-scale deployment, such as text messaging for 2G and smartphones for 3G and 4G. Though unlikely to be seen in 2019, a key use case, and potential catalyst for wide-scale deployment, is Indoor 5G.

Today most indoor wireless access is provided via WiFi, however deploying 5G indoors and extending operation to the unlicensed spectrum may offer further latency reduction and increased reliability, enabling new technologies such as smart homes.

As both indoor 5G and WiFi operate in the same unlicensed frequencies, coexistence between 5G and WiFi technologies must first be established. Such coordination is expected to be defined in mid-2020 by 3GPP, and next year we can expect to see boxes deployed indoors resembling WiFi access points but containing 5G cellular technology. It's likely that competition between WiFi and 5G will follow, but if 5G emerges victorious, indoor 5G deployment will likely become ubiquitous.

Such improvements may also support another possible catalyst for 5G technology: VR/AR. Currently VR/AR is experienced via head-mounted headsets which have been met with mixed reviews, with many users complaining that the headsets cause nausea. It's likely this will improve as we see standalone 5G come to fruition, however it's difficult to predict how VR/AR will influence the widespread deployment of 5G given its somewhat turbulent inception. While the lower latency and increased reliability of 5G has the capability to unlock the full potential of VR/AR, whether VR/AR has the potential to unlock 5G's potential remains unknown.

Making history
While 2019 isn't shaping up to be the transformative year many 5G enthusiasts had hoped for, vital leaps towards mainstream deployment have been made. The first 5G handsets have become available to consumers and operators have installed more basestations and "switched-on" 5G networks. We might not see indoor 5G deployment and VR/AR this side of the new year, but that doesn't lessen the importance of 2019 in 5G's history.

Implementation, testing and certification takes time and it's important to remember that the industry is still in the initial testing and learning phase of 5G. 5G deployments have happened in record time and the position that 5G is in today is extremely impressive, but carriers must be patient and take their time to assess and address issues prior to mainstream deployment. Failure to do that could lead to bigger issues further down the 5G road.

Photo by Martin Widenka on Unsplash