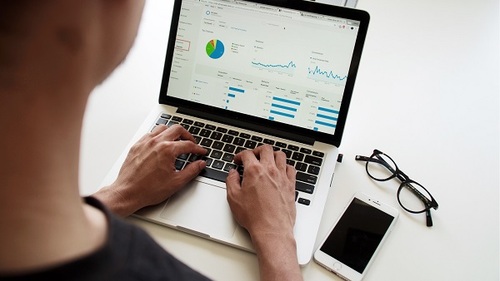 Artificial intelligence (AI) transforming telecoms is no longer a mere prediction -- it's already started. Earlier this year, Gartner reported that over a third of organizations have implemented machine learning or artificial intelligence in some form, more than three times compared to the previous year. And it's the telecoms sector that is getting the most benefit from this as it leads the way in return on investment from machine learning.

But it's not an overnight revolution, and it won't touch all parts the telecoms business simultaneously. 5G service assurance, for instance, benefits from huge data sets that can be used to tune the algorithms that will determine the root causes of faults and attempt to fix them, and from feedback loops between the service experience, network configuration and resource utilization. But not every part of the operator will be able to put AI and machine learning (ML) to immediate use -- and will instead need to focus more on automation that's perhaps not as impressive than AI, but no less useful.

Revenue assurance is arguably the most important function for an operator, small improvements can quickly result in millions of margin improvements in a very short time frame. As the speed and growth of new services increases, this also introduces new risks to revenue and more potential for fraud. A typical operator billing department processes hundreds of billions of records per day -- it's essential for any company's bottom line that these are accurate.

Just as 5G makes managing the network more complicated, it does exactly the same thing to revenue assurance. The increase in new services and data traffic brings with it an explosion in both the complexity and number of transactions that revenue assurance and fraud departments will need to manage. The way network connectivity is being sold is also changing. It no longer makes sense to simply charge based on usage, and new charging models and services, an evolving ecosystem of new partners, and dynamic pricing makes an already difficult task all the more complicated.

Today, the standard response to a technological problem caused by too much complexity is to turn to AI and ML. While analysts and futurists often see it as a panacea, for revenue assurance today's solution lies in "dumb," but effective, bots.

Robotic Process Automation
As it becomes untenable to throw more people at the problem of revenue assurance, it may be time for a new type of person. Robotic Process Automation, or RPA, uses software robots -- or more commonly "bots" -- to perform repetitive tasks. Somewhere between basic automation and AI, RPA has rapidly been taking shape over the past few years and has the potential to transform revenue assurance.

Traditionally, macros or scripts have been used to automate common tasks, such as cost management and revenue assurance. However, these macros are limited to just one application -- unlike employees they cannot switch between tasks and windows and combine data from a number of sources. Bots on the other hand can travel across multiple lines of business to uncover hidden costs, stranded assets and reduce the potential for error.

Bots work by using image and pattern recognition algorithms to observe and learn from human performance. RPA bots learn to repeat tasks performed by humans directly in a graphic user interface (GUI), as if it was an actual person performing the same mouse clicks and keystrokes. It is, essentially, another worker -- perhaps more basic in its analytical understanding that a human is, but able to work much faster and find many more problems, bots can work 24/7, never get tired or sick or need a break. As such, they won't replace humans, but become a partner, in some cases humans may still be necessary to find the problem and fix it.

RPA isn't artificial intelligence. But revenue assurance's desperate need won't be met with AI only, it will also be met with bots that can perform the same tasks that are already underway, only at a much bigger scale. In the near-future, RPA is likely to evolve, automatically detecting and correcting billing errors before they appear on a customer invoice-enabling the company's BSS systems to become self-healing, in exactly the same way as networks are evolving.

While it may be incorrect -- and perhaps somewhat dismissive -- to describe RPA bots as "dumb," it is true that they are not too far away from being "artificial intelligence." Nevertheless, these bots are the ally operators need for revenue assurance now, rather than true AI in the near-distant future.

Photo by Campaign Creators on Unsplash